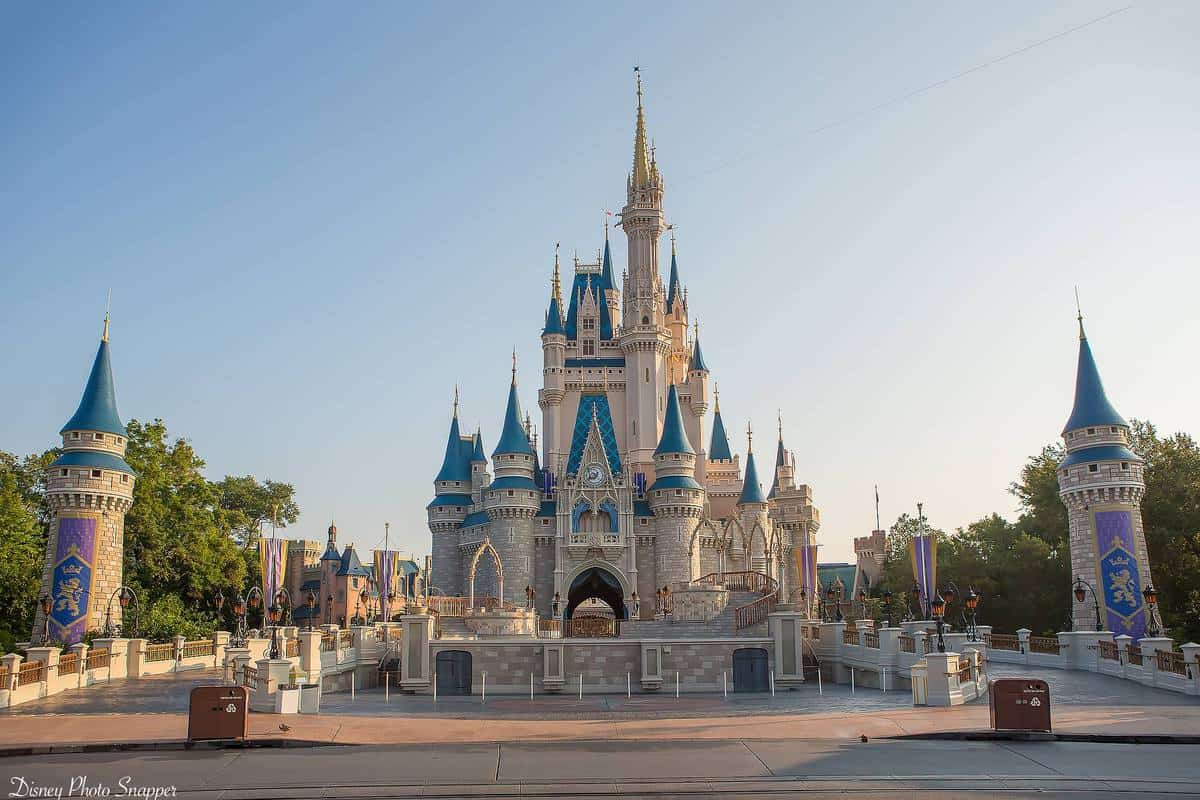 Cinderella Castle stands almost 19 stories high (189 feet) from the concrete bottom of its moat to the top of its tallest spire, which makes it the tallest building at Walt Disney World. It can withstand wind speeds of up to 110 miles per hour, which is the top wind speed in a Category 2 hurricane and the lowest wind speed in a Category 3 hurricane, thanks to its structure. More than 600 tons of steel were used to create the castle’s frame. Its construction—from start to finish—took 18 months and cost $4.7 million. That would be around $13.5 million in today’s money! Cinderella Castle consists of 27 towers, and each is numbered 1 through 29. (Towers 13 and 17 were never built because they would not have been able to be seen from anywhere in the park.) The clock is on Tower 10, and real gold was used in the architecture of Towers 20 and 23. The moat that surrounds the Castle holds over 3 million gallons of water. Three different elevators take Guests or Cast Members to different destinations inside the castle—one takes Guests to Cinderella’s Royal Table Restaurant, one is for Cast Members who work in the restaurant, and another takes Cast Members to a hidden suite on the fourth floor of the castle. The suite cannot be booked. Guests can only stay in the suite if they win a contest or sweepstakes put on by Disney, and those are few and very far between.

Left 13 of 13 right
Next: Beware of These 10 Things at Walt Disney World