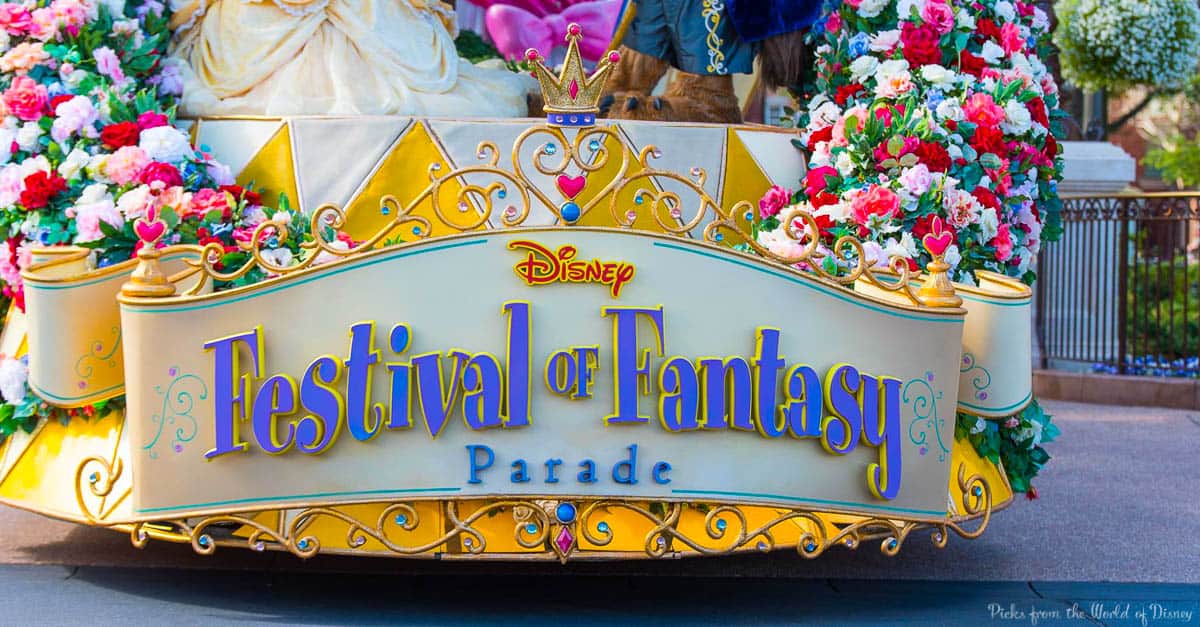 The “Festival of Fantasy” Parade is by far one of the best parades ever produced at Walt Disney World. All your favorite characters take part in the celebration of this event each afternoon at Magic Kingdom. First, you’ll see Princess Tiana, Cinderella and Belle on the Princess Garden float, with their beaus alongside them. Princess Anna and Queen Elsa are also aboard, toward the rear of the float. The Princess Garden float is the same float that was previously used in Tokyo Disneyland’s parade “Jubilation!” The second float is a huge ship inspired by Disney’s Tangled and features Rapunzel (frying pan in hand) and Flynn Rider. Rapunzel’s famous locks of hair weave throughout the 36-foot-long float. The next float was inspired by Disney’s The Little Mermaid and features Ariel sitting high above the crowd in a huge seashell with conga-dancing fish beneath her. There is also a Peter Pan float, complete with the Jolly Roger, Wendy, the Lost Boys and Captain Hook. Look out for Tick-Tock Croc!

A huge bagpipe float inspired by Disney/PIXAR’s Brave is really something to see! Scottish dancers step to lively music around the float as well. A Guest favorite is the Sleeping Beauty unit of the parade, in which you see Princess Aurora and Prince Phillip. Phillip, however, has quite the battle on his hands, as the evil Maleficent has transformed into a steampunk dragon that breathes real fire throughout the parade. Stilt performers as well as Flora, Fauna and Merryweather—the three good fairies—also take part in the parade.

The finale to the parade includes Mickey and Minnie high above the parade route in a hot air balloon, but just before Guests see the main mouse and his lady, there is a huge processional of classic characters not represented in other floats. Those include Snow White, the Seven Dwarfs, Pinocchio, Alice, the White Rabbit and the Mad Hatter and Pluto, among others. The parade float used in the finale was also previously used at Tokyo Disneyland’s “Jubilation!” parade