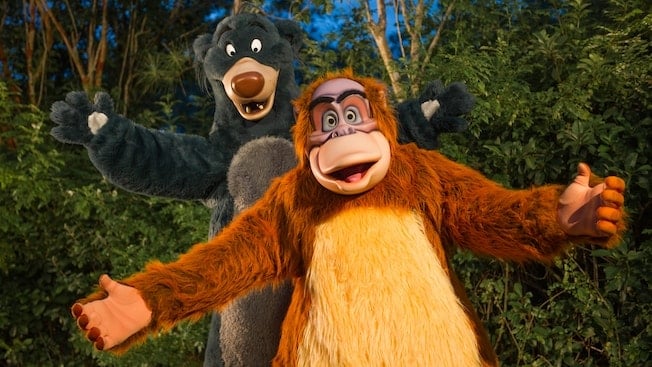 When you visit Animal Kingdom during your trip to Walt Disney World, you’ll have the opportunity to meet several different characters that you can only meet at that theme park. One encounter you shouldn’t miss is Baloo and King Louie from Disney’s Jungle Book. They appear several times during the day at Upcountry Landing, which is in the Asia portion of Animal Kingdom. You can pose for pictures with these two characters, and you can also ask them for their autographs. Watch out for King Louie and his silly antics, especially since he just wants to “be like you.” (Photo credit: Disney)