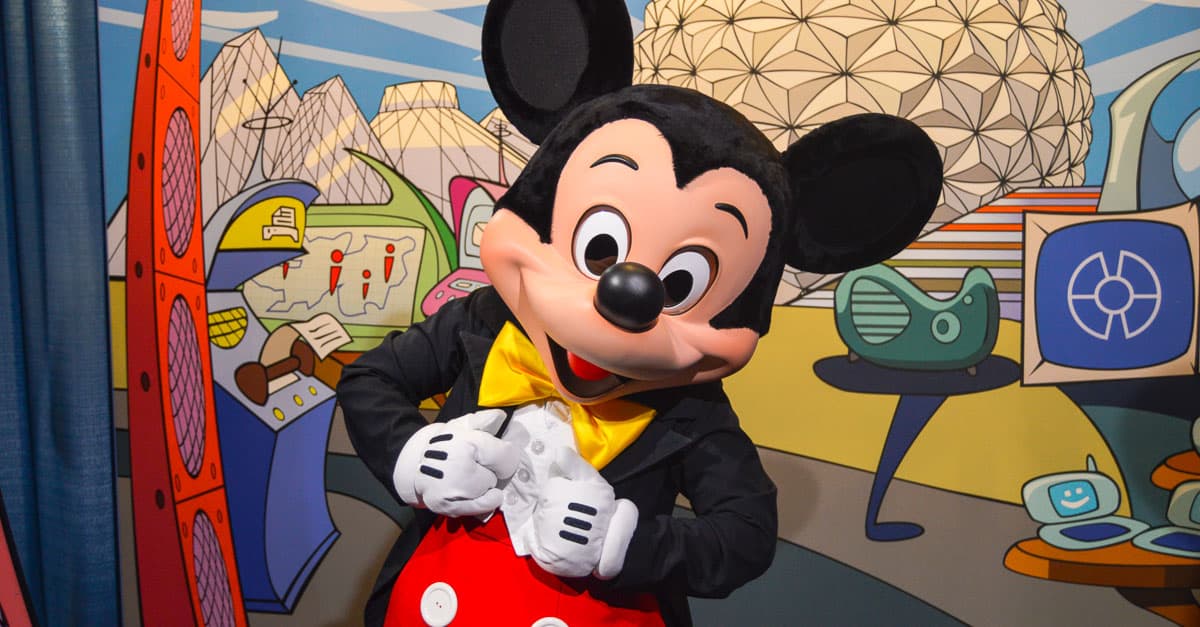 1. Find Mickey. You’re going to Disney World, and it just wouldn’t be right to visit the Walt Disney World Resort and not see the famous M-I-C-K-E-Y M-O-U-S-E! You can find him in many places and in many ways. Throughout each of the four theme parks, Walt Disney Imagineers have hidden Mickey heads in the architecture, in the paint, in the walkways, everywhere! There are so many “hidden Mickeys” at Disney, that books have been written about them and where to find them. But hidden Mickeys are not nearly as fantastic as meeting the real thing! Mickey’s so amazing, that he is all over the parks! Sometimes he’s clad in his red robe and blue-with-stars hat as the Sorcerer’s Apprentice, and sometimes he’s dressed in his safari best or a magician outfit, complete with the cape. You can see him in several of the parks’ parades, and you can meet him at each of the four theme parks, as well as at many restaurants. He only talks at one meeting place, however, and that’s at the Town Square Theater at Magic Kingdom. Many of the opportunities to meet Mickey have FastPass+ times available, so check your My Disney Experience app for availability, and have your autograph book ready for him to sign! Remember, Walt himself said that he hoped no one ever lost sight of the fact that the whole Disney empire began with a mouse—Mickey Mouse himself! With all there is to do at the Walt Disney World Resort, you may find that crossing all the items off your Disney bucket list will take more than one trip! But most Disney fans agree, that’s an assignment they’re up for! So make your list, make your trip reservations, and have a great time at the most magical place on Earth!
By Becky Burkett