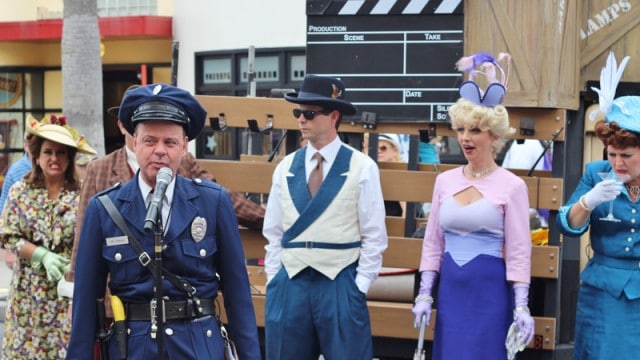 10.) Audition with the Citizens of Hollywood.

Well, maybe it’s not an audition, but it’s loads of fun to work on your acting skills with Hollywood Studios’ Citizens of Hollywood. These hilarious and talented actors pop up on Sunset Boulevard and Hollywood Boulevard from time to time and perform somewhat-impromptu skits right on the street. Stand back and take in the silly antics, but beware—you just might be called upon to engage the Citizens. Every encounter is unique, so keep your eyes open for these hilarious actors and actresses.