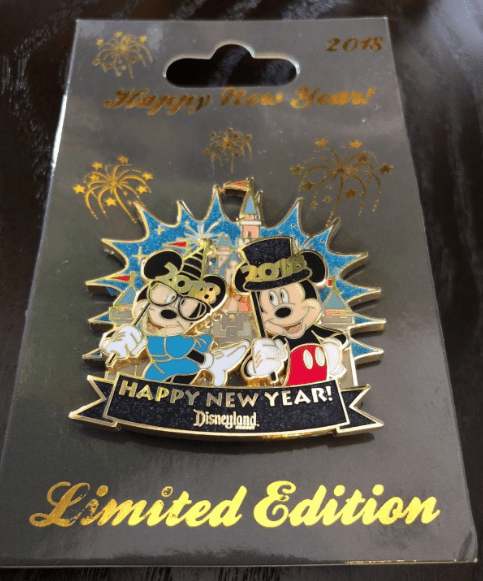 This group of pins includes Official Disney Trading Pins released as part of a season or holiday. They are hard to find because they are released in limited quantities and only available in the parks during the season or holiday they were designed to commemorate. The Walt Disney World 2018 Happy New Year Pins depicted Mickey and Minnie Mouse standing in front of Cinderella Castle during the fireworks show, wearing party hats. They were gorgeous! But only 2,000 were released, so if you spent New Year’s Eve or New Year’s Day at your happy place, I hope you purchased your commemorative pin early—especially since there are so many people in the parks during this time of year. Those pins are never re-released because they commemorate holidays in a specific year.