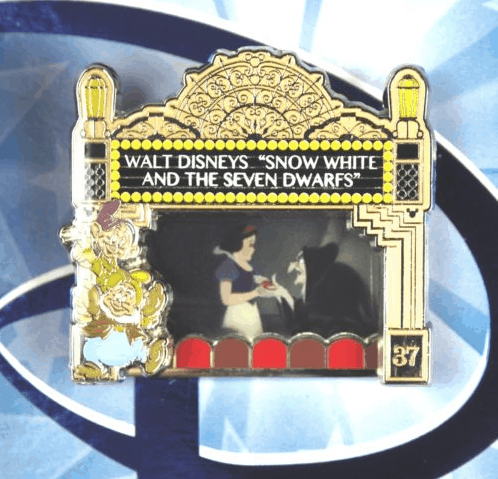 This pin is part of the “GenEARation D” series of pins. It was released on September 11, 2015 in a limited-edition amount—only 500 were made. The pin is quite detailed, as it depicts a showing of Disney’s 1937 Snow White and The Seven Dwarfs film at the Carthay Circle Theater in California, which is where the film first premiered in 1937. The scene featured on the pin is the one in which the old hag is offering a poison apple to the innocent Snow White. Dopey and Happy sit on the left side of the pin at the bottom. On the right side of the pin is the number “37,” to commemorate the year the film debuted.