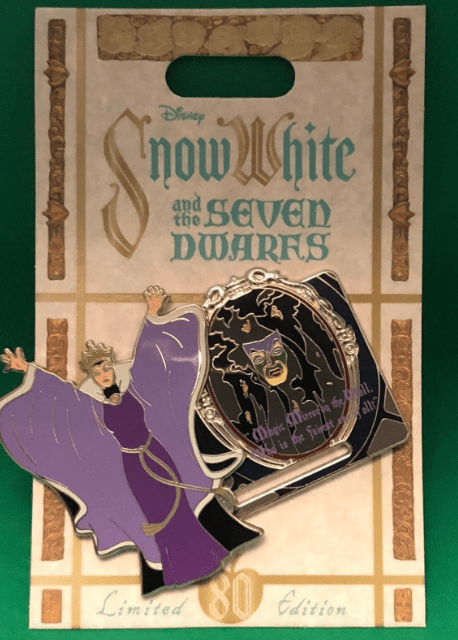 This beautiful detailed trading pin is in high demand, as 2017 marked the 80th anniversary of the theatrical release of Disney’s Snow White and The Seven Dwarfs. The pin features the Evil Queen with her arms raised, and when you slide her to the left, the Magic Mirror on the Wall appears. The famous words, “Mirror, mirror, on the wall—who is the fairest one of all?” are printed under the Magic Mirror. This is a limited-edition pin—only 2,000 were released. On the back of the pin next to the Official Disney Pin Trading logo is an apple with the number “80” imprinted on it. I was certainly glad to get one of those 2,000 pins!