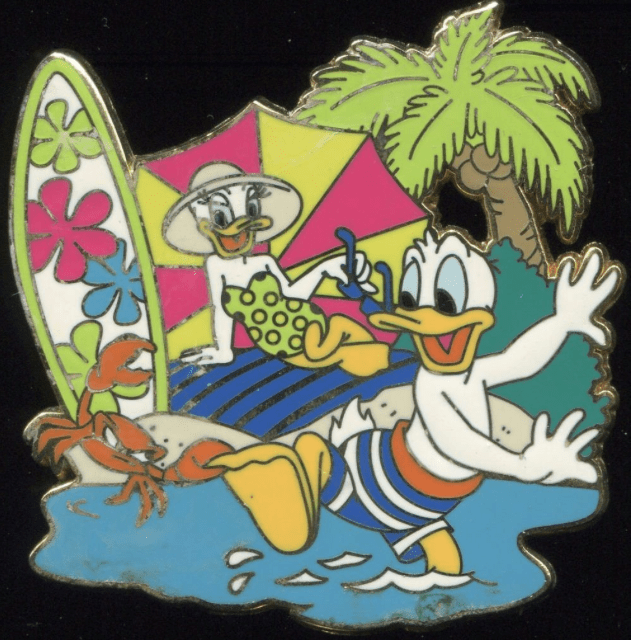 This pin was released in 2006. It was a free gift for Guests aboard the Disney Wonder cruise ship who attended the “Cruisin’ through Time” pin event from October 29 to November 2, 2006. The pin depicts Daisy on the beach watching as a crab grabs onto Donald’s webbed foot. Only 475 of these pins were produced, and it was not sold at any Disney park, so this pin is very rare, but it can still be found on third-party sites at times for around $50.