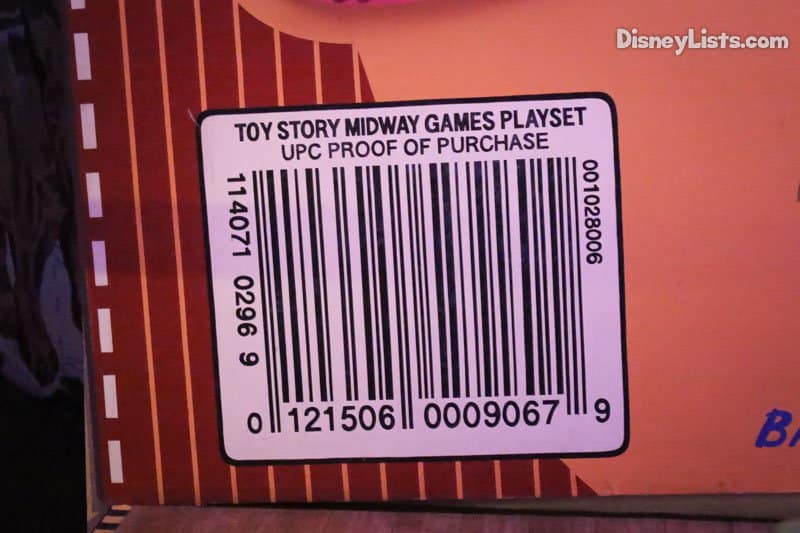 Toy Story Mania in Disney’s Hollywood Studios magically shrinks guests down to the size of toys and invites them to compete in a series of 3D midway games hosted by characters from the classic Pixar film series. Once seated in their attraction vehicles, guests can look near the entrance to the main experience area and spot a barcode on the midway games box. While the numbers on the barcode may seem random, they pay homage to the origins of the attraction. The numbers 121506 reference December 15, 2006 which was the date that the attraction was announced. (Photo credit www.DisneyLists.com)