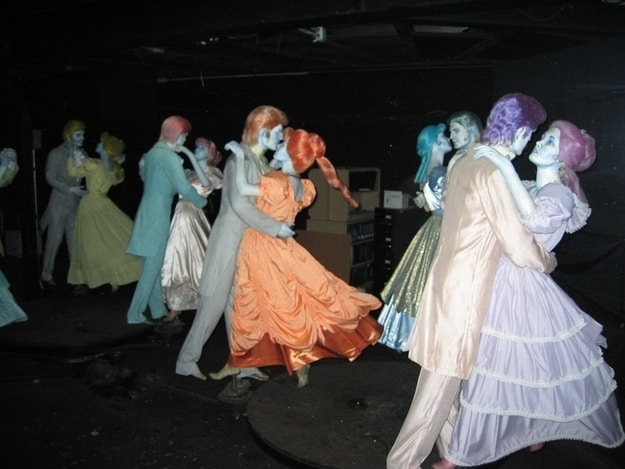 Another very popular attraction in the Magic Kingdom is the Haunted Mansion which is found in Liberty Square. The attraction invites guests into a stately manor home where nine hundred and ninety-nine happy haunts cause all sorts of eerie occurrences. The ballroom scene of the Haunted Mansion is one of the most famous and features ghostly figures dancing, celebrating a birthday, playing the organ and more. The simple effect seems complicated but is titled Pepper’s Ghost and actually just uses lights and reflections.