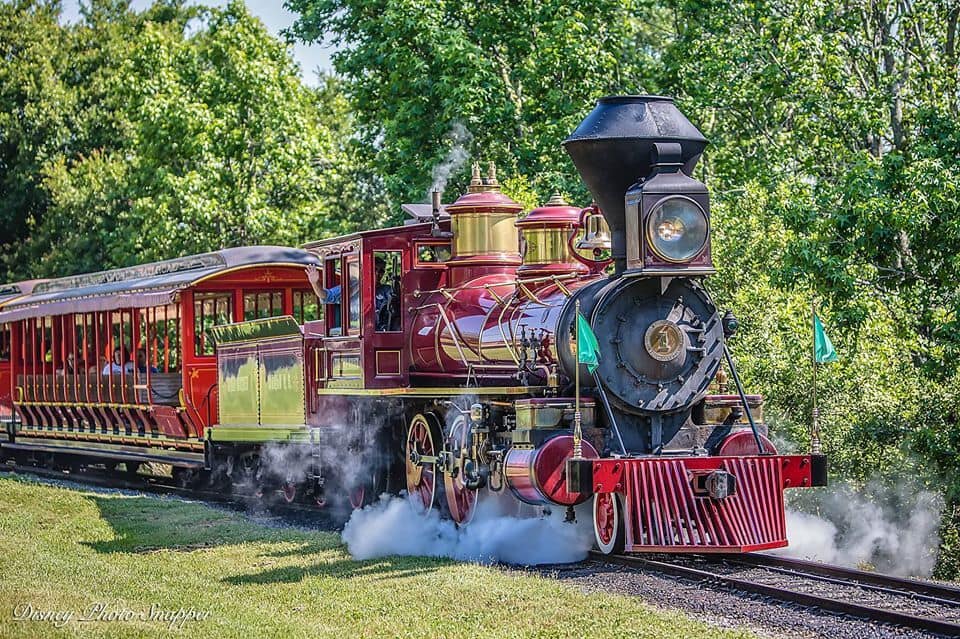 If you’re a fan of Walt Disney, you already know that he was an enthusiast when it came to trains. He even had a miniature railroad built in his backyard that he and his daughters could ride on. The Walt Disney World Railroad takes Guests on a 1.5-mile full-circle tour of the Magic Kingdom. If you enter the Magic Kingdom via monorail, it’s nearly impossible to miss the train platform just before you enter the unloading area at the monorail station. But you might miss the train station as you enter the Magic Kingdom because the boarding area sits up two flights of stairs, offering amazing views of Main Street U.S.A. Even if you knew the railroad existed, you might be surprised to know that there are four locomotives at Disney—the Walter E. Disney, the Lilly Belle, the Roy O. Disney and the Roger E. Broggie—each of which have four passenger cars. Wait times for the trains are low, as a train arrives at each station every 4 to 10 minutes.