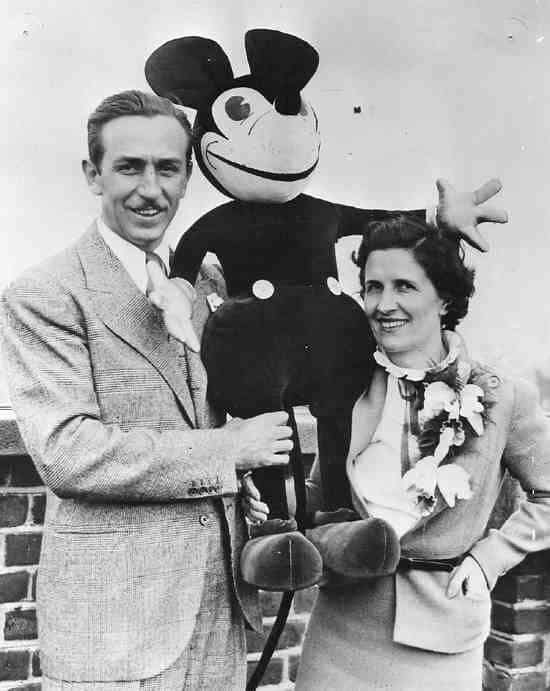 7. He created Mickey after a devastating loss.

The success of the Oswald cartoons made Walt ecstatic, but it seemed to have a different effect on Mintz. In early 1928, Mintz struck a new deal with Universal that cut Disney out completely but kept Oswald on the table. Disney had heard this, but he refused to believe it. He set out to New York to strike a deal with Universal himself. He was so optimistic and sure that he’d have a new contract that he brought his wife on the trip with him. He would learn in New York that the rumors were true—Mintz had cut him out of the deal, and most of Walt’s animators were in on the deals as well.

He was devastated. As he and his wife Lillian endured the long train ride back to Los Angeles, Walt knew that he would be starting all over again. But that proved to be just what he needed because during that same train ride home, Walt began drawing a mouse—one with round black ears and a long tail. Yes, our beloved Mickey Mouse (first called Mortimer, until Walt’s wife said “Mickey” was a much better name) was born in 1928 on a train headed westward from New York.