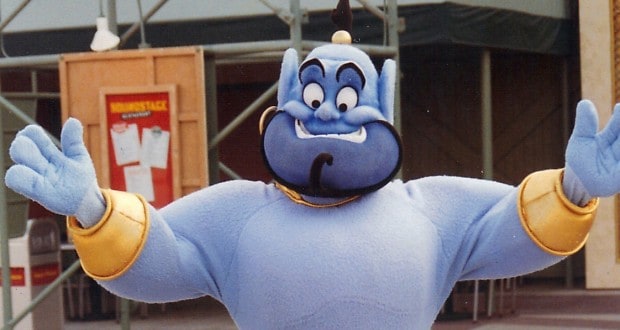 10 Ways Walt Disney World Has Changed Over The Years

Before it opened on October 1, 1971, Walt Disney World was referred to as Project X or the Florida Project, by Disney officials. A lot has changed over the nearly forty-seven years! Here’s a look at ten things that are different.

When Walt Disney World opened, the only park was Magic Kingdom. Since then, three other parks have debuted: Epcot (1982), Disney’s Hollywood Studios (1989), and Disney’s Animal Kingdom (1998). Walt Disney World boasts more theme parks and other attractions than any of the other Disney theme park resorts worldwide. It truly is the “vacation kingdom.”

In 2013, Walt Disney World began testing a new Fastpass system. Rather than have guests make Fastpass reservations in the parks for that day, guests are able to make them ahead of time via the phone app or online. The new system also increased the number of Fastpass available attractions, which now includes fireworks, parades, and character meet and greets.

In late 2013, Walt Disney World began rolling out the MagicBands. These waterproof silicone wrist bands act as a guest’s park ticket, room key, fastpass, and payment method. The bands were released as part of MyMagic+ which includes Fastpass+, Memory Maker and the My Disney Experience app.

What today is known as Disney Springs was originally Lake Buena Vista Shopping Village. In 1977 it was renamed Walt Disney World Village, then Disney Village Marketplace in 1989, and then renamed again in 1997 to Downtown Disney. In 2013, and three year expansion for the area was announced and Downtown Disney became Disney Springs in late 2015. The former Pleasure Island area of Disney Springs was meant to emulate the Church Street Station clubs in downtown Orlando, and served as evening entertainment for adults. Pleasure Island closed in 2008 in favor of more family friendly entertainment.

E.P.C.O.T. Originally, Walt planned EPCOT as a real working community, not as a theme park. The city was meant to be a real home for twenty thousand residents that would act as testers for city planning. These modern visions included monorails and People Movers for public transportation. After Walt’s death, the company moved away from this idea. Instead, Epcot is often referred to as a permanent World’s Fair. Currently, much of EPCOT is being completely re-imagined, particularly the Future World portion of the park. Some of the renovations will be complete in time for the 50th Walt Disney World Anniversary!

Walt Disney World opened its first water park, River Country, in 1976. Themed as a Huckleberry Finn-esque watering hole, River Country lasted until 2001, when it was closed permanently. For several years, Walt Disney World had three operating water parks. Typhoon Lagoon opened in 1989, and Blizzard Beach debuted in 1995. River Country competed with these new parks (which offered more parking and bigger slides), but ultimately met its end due to decreased attendance following the 9/11 attacks and a new Florida ordinance which effectively outlawed River Country’s sand bottomed lagoon which did not use chlorinated water.

What is now called Shades of Green was originally the Golf Resort, as it is located in the middle of the Palm and Magnolia Golf courses, and was owned and operated by Walt Disney World. The Golf Resort was renamed The Disney Inn in 1986, and many rooms got a Snow White theme in an effort to appeal to more visitors. Ten years later, the United States Department of Defense bought the hotel to use as part of its Morale, Welfare, and Recreation program. Today, Shades of Green is open only to eligible military personnel and their families.

Walt Disney World tickets are in the news because of the new tiered pricing system. But it’s not the first time tickets have changed. When the park opened tickets were pay-per-use. Guests bought ticket books with tickets for attractions classified as A-E. “E ticket” attractions were the headliners, e.g. Space Mountain, and is a term still used even though the ticket pricing changed. The ticket books fell by the wayside by the 1980s in favor of a single admission ticket.

Walt Disney said that Disneyland would never stop changing, that it would always be improving. That is certainly the case for Walt Disney World! What are your favorite changes in the resort? Let us know!