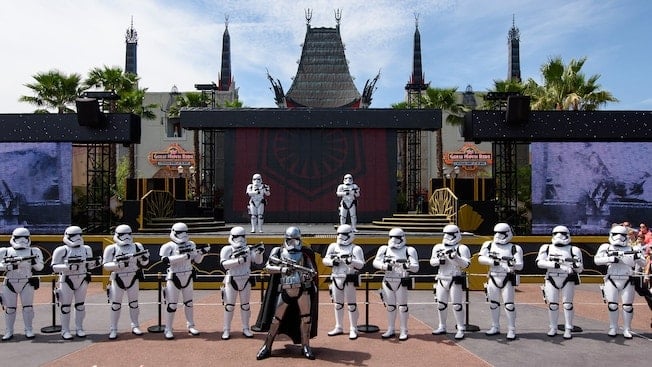 6. A heavy Star Wars presence The Walt Disney Company purchased Lucasfilm in 2012 for $4.05 million, and since then, there has been a very heavy Star Wars presence at Walt Disney World, especially at Disney’s Hollywood Studios. When Guests visit Disney World’s third theme park, they are immersed in the world of Star Wars. On Hollywood Boulevard, Captain Phasma and her Stormtroopers make regular appearances in the March of the First Order. There are Star Wars-themed stage shows at Center Stage (where Hollywood Boulevard ends). At the Animation Courtyard, Guests can follow signage to Star Wars Launch Bay, where they can meet the evil Kylo Ren, Chewbacca the Wookie and BB-8. There are attractions like Star Tours: The Adventure Continues where Guests board a Starspeeder 1000 and blast off on a trip around the galaxy. There’s even a Star Wars-themed nighttime spectacular in the park. And in 2019, Hollywood Studios will see the opening of the new Star Wars: Galaxy’s Edge land. (Photo credit: Disney)