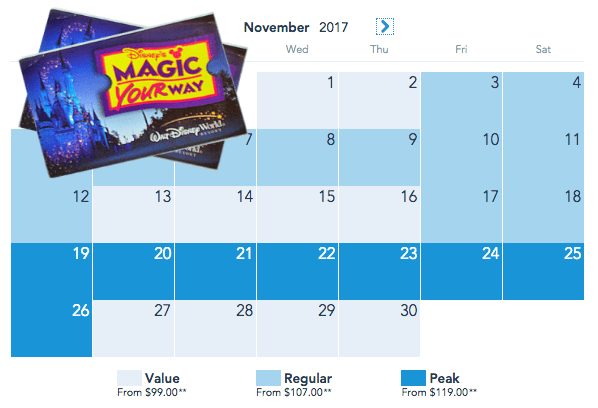 10) Visit Disney during off-season. -- During peak season at Disney World, not only will the parks be more crowded, but rates at Disney Resort hotels are also higher than during other times of the year. Prices for one-day tickets to Magic Kingdom increase during peak season. If you’re planning on staying at a Disney Resort hotel, you’ll save a substantial amount of money by going to Disney during non-peak times. Peak season includes the first week of January, Spring Break season and Easter (March and April), late May through late August when children are out of school for the summer, the last two weeks of October when Disney hosts Mickey’s Not So Scary Halloween Party, the last two weeks of November and the last two to three weeks of December, especially during Mickey’s Very Merry Christmas Party and on New Year’s Eve.