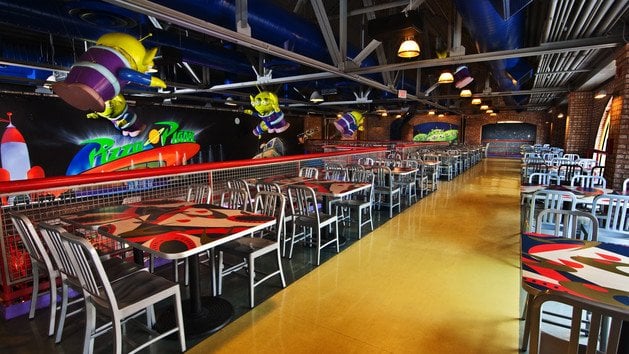 3) Pizza Planet at Hollywood Studios, 1995 – 2016 This fun family pizza joint was the perfect place for pizza lovers and Toy Story fans. Its menu consisted mostly of pizzas and salad, and it closely resembled the Pizza Planet restaurant from the hit film. After you ate, you could enjoy two floors of arcade games. It was surreal to walk around the restaurant because you truly felt like you had stepped into the 1995 feature film. The restaurant closed in January of 2016 for an extensive overhaul. Disney fans would find out a few months later that Pizza Planet would not reopen, but that a new Muppets-themed pizza place would take up residence in the same building. Today, you can visit PizzeRizo where Pizza Planet used to stand.