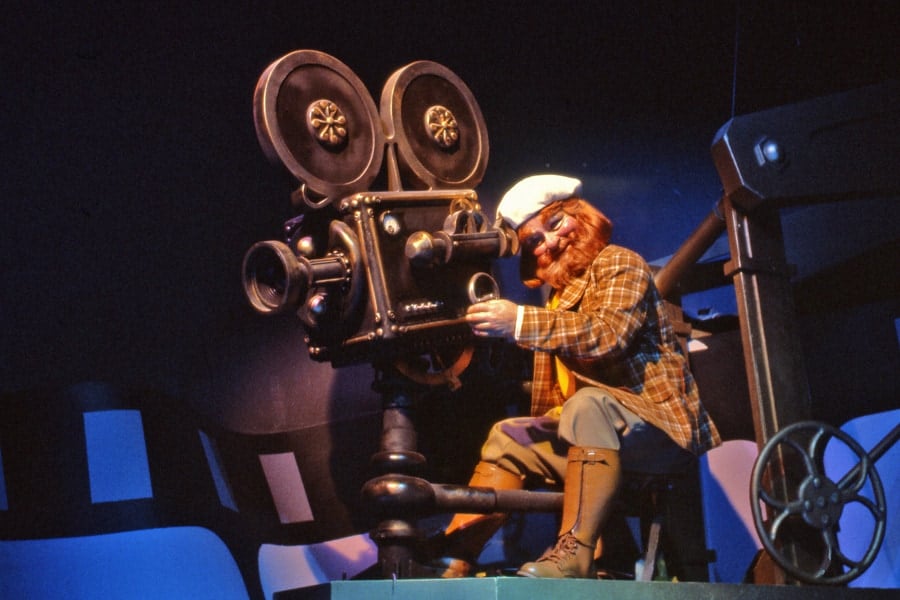 4) The original Journey Into Imagination at EPCOT, 1983 – 1998 You can still experience the Journey Into Imagination attraction at EPCOT, but diehard Disney World fans remember the original version of the attraction, which was very different from the current version. (And we really kind of miss the original.) The original version was a 14-minute ride aboard an omnimover ride vehicle. The attraction was hosted by Dreamfinder, a jolly red-headed man with a top hat and red beard. Dreamfinder had an amazing contraption called the Dreamcatcher, and Figment—the lovable purple dragon—was “born” from the Dreamcatcher, which served to represent the power of our imagination. The ride took Guests through Dreamfinder’s imagination, as well as Figment’s imagination. It also took Guests through four areas of the imagination—an artistic area, nightmare and book area, an acting area and a science area. The new version completely did away with Dreamfinder, and the host of the new ride is Nigel Channing. We’re glad—however—that Figment is still in the attraction, as well as the theme song, “One Little Spark.” (Photo credit: Disney)