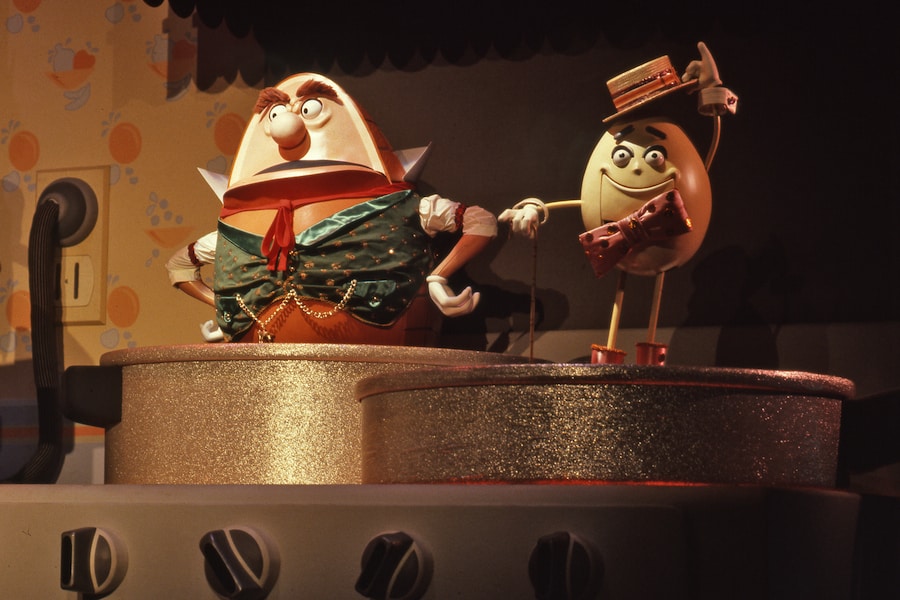 6) Kitchen Kabaret at EPCOT, 1982 – 1994 The Kitchen Kabaret was a musical comedy about healthy eating habits. It was housed in The Land pavilion at EPCOT. The show consisted of 5 acts and a finale. It was hosted by Miss Bonnie Appetite and featured such audio-animatronic cast members as the Cereal Sisters, the Fiesta Fruit and the Boogie Woogie Bakery Boy. The production was sponsored by Kraft Foods and made it fun to learn about eating right. The Kitchen closed its doors in 1994, and later that year, a new attraction called “Food Rocks” took its place. (Photo credit: Disney)