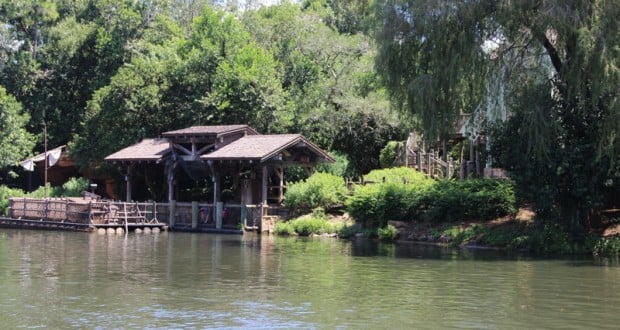 At the Walt Disney World Resort in central Florida, there are theme parks, hotels, shows and attractions for the whole family. But because Disney World is a massive place with countless options for family fun and entertainment, some of the attractions in the parks get overlooked. Guests even pass them by on their way to other attractions. Some Guests skip certain attractions, deciding before they’ve ever experienced them that they might not be worth stopping to enjoy. There are several attractions that Guests pass up that are awesome—here are 10 of them. 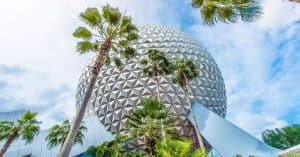 Spaceship Earth has stood as the iconic symbol for EPCOT since the park first opened in October of 1982. It’s a beacon to parkgoers—calling on them to take a closer look at not only the outside of the sphere, but at what’s inside as well. That’s because there’s more to it than will ever meet the eye.

The attraction hosts Guests in omnimover “time machine” vehicles on a 14-minute journey through the growth and development of communication. The ride begins in the Stone Age with a woolly mammoth and takes riders all the way to the Information Age and beyond. Guests see how ancient peoples played roles in creating the alphabet, how they used language and how they shared information. Later in the journey, Guests see a young man working in his garage on the creation of what will later be called a “computer”—clearly a nod to Steve Jobs who played a part in the Disney story before his death.

Guests also see a mainframe computer that takes up an entire room, hear about Neil Armstrong’s famous small step, and even spiral to the top of the Spaceship Earth structure to see a beautiful view of planet Earth from afar.

9) The aquarium at Sea Base – EPCOT 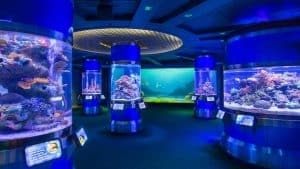 While the size of Spaceship Earth is baffling, it is not the biggest thing to see in the park. The largest part of the park is the Caribbean Coral Reef aquarium at Sea Base in the Living Seas pavilion at EPCOT. The aquarium is 203 feet in diameter and 27 feet deep and holds 5.7 million gallons of water. The aquarium is home to over 60 different species of aquatic life. There are turtles, sharks, dolphins, angelfish and more.

If you’re looking for an even more spectacular experience at the aquarium at Sea Base, you can book the “Dolphins in Depth” backstage tour. During this 3-hour tour, Guests will learn about the dolphins at EPCOT, how they are trained and how they are cared for. (Photo credit: Disney)

8) “For the First Time in Forever”: A Frozen Sing-Along – Disney’s Hollywood Studios 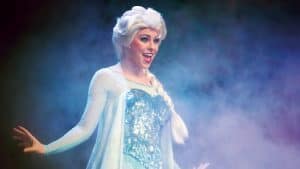 The sing-along takes place inside Hyperion Theater at Echo Lake at Disney’s Hollywood Studios. And even if you think you’ve seen the feature film too many times already, you’ll want to experience “For the First Time in Forever,” as it presents the story and characters from Disney’s Frozen in a comical, interactive way. The show is hosted by two royal historians from Arendelle who double as master storytellers. As they tell Anna and Elsa’s story, classic moments from the film are shown on a big screen. When it’s time to sing, the lyrics also appear on the screen. The show ends with a special surprise from Queen Elsa herself, but no spoilers here! (Photo credit: Disney) 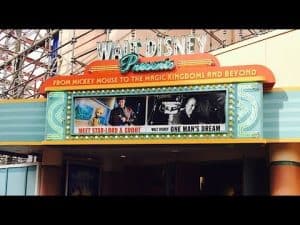 This impressive attraction, formerly called “One Man’s Dream,” is passed up by many Guests on their way to Toy Story Mania. It’s easy to miss because its signage is not overbearing or loud, and most Guests walking toward Pixar Place are racing to enjoy their FastPass+ time at the Toy Story attraction.

This attraction was originally designed to celebrate Walt Disney’s 100th birthday. It showcases countless exhibits—photos, costumes, storyboards, sketches, artwork and more. “Walt Disney Presents” tells the story of Walt’s life as a child, how he got his start in animation, how he started his first studio and how Mickey Mouse came to be in 1928. It is an exhibit with hundreds of artifacts, and Guests can simply walk through the entrance to the attraction and enjoy it at their own pace. (Photo credit: YouTube)