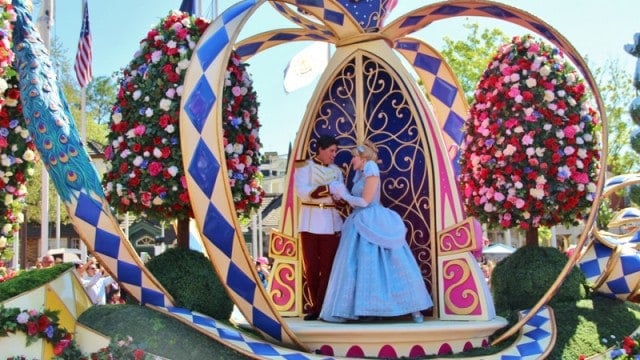 The Festival of Fantasy Parade takes place every afternoon at Magic Kingdom (weather permitting) around 3:00 p.m. The parade is a brilliant display of bright colors, vibrant costuming and some very talented performers. Because there are so many Disney characters in this parade, you won’t want to miss it—especially if you’re short on time in the parks. You’ll see Merida, Ariel, Tiana, Cinderella, Princess Aurora, Peter Pan, Wendy, Captain Hook, Snow White and the Seven Dwarfs, Mickey, Minnie and more! It’s a festival of characters at the Festival of Fantasy Parade!