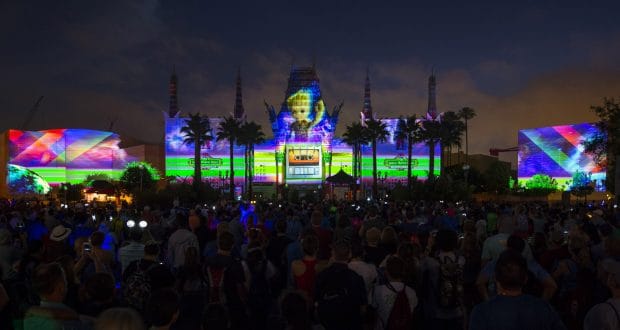 Maybe you’ve visited Disney’s Hollywood Studios at Walt Disney World several times. And you love it for its thrilling attractions like Rock ‘n’ Roller Coaster and the Twilight Zone Tower of Terror. But at the end of your day at Hollywood, you notice there are some attractions on the guidemap and the times guide that you have yet to experience. But are those attractions you missed really worth seeing? Well, we think so—here are 10 you might be missing that you’ll definitely want to experience the next time your visit Disney’s Hollywood Studios.

10. Beauty and the Beast—Live on Stage

This 25-minute spectacular Broadway-style stage show takes place on Sunset Boulevard and will have you remembering the tale as old as time in a whole new way. Enjoy this beautiful show that features Belle, Beast and all their enchanted friends as the story is told about the daughter of a hopeful inventor, and her chance meeting of a fearsome beast who has been cursed with his beastly looks because of his unkind behavior. Sing along with beloved songs from Disney’s Beauty and the Beast as you enjoy amazingly polished choreography and brilliantly-colored costumes. FastPass+ service is offered for this experience and can be a good idea, especially during well-attended times in the parks. This fantastic exhibition gives Guests an interesting perspective on the life and works of Walter E. Disney from his childhood forward. This priceless exhibition is a hallowed place for Walt fanatics. See photographs, models and other items that tell Walt’s story. See his ingenuity in actual artifacts, including a model of his invention called a multi-plane camera from 1936. You’ll see cells and lithographs from some of Walt’s earlier works. This self-guided tour will give you a deeper appreciation for Walt’s genius, and you’ll gain a deeper understanding of who he was and how the Disney parks came to be. Some Guests skip this attraction, thinking it’s merely a placeholder at Hollywood Studios, but nothing could be further from the truth. If you’ve missed this experience so far, be sure to add it to your Disney World bucket list for your next time in the parks.

8. Voyage of the Little Mermaid

At the Animation Courtyard, fans of The Little Mermaid can join Ariel, King Triton, Prince Eric, Sebastian and all the beloved characters from Disney’s 1989 film for a live performance. During this 17-minute stage show, Guests see large colorful puppets come to life to tell the story of Ariel and her desire to have human legs and to find true love. Puppetry, live performers and special theater effects combine to take Guests under the sea for a beautiful retelling of the classic fairy tale. Sing along to some of your favorite songs from the film, and even see a larger-than-life version of Ursula the Sea Witch! Just across the way from the Sci-Fi Drive-in Theater restaurant, you can meet Mickey and Minnie in their star-studded best! Minnie is dressed to the nines in a pink evening gown, and Mickey is in his Sorcerer’s Apprentice costume! Pose for pictures with Mickey and with Minnie and be sure to have your autograph books ready so you can snag their famous John Hancocks too!

6. The Citizens of Hollywood

Behold, the Citizens of Hollywood! Or should we say, beware the Citizens of Hollywood! That’s because this fun acting troupe can pop up at any time along Hollywood Avenue or Sunset Boulevard at Disney’s Hollywood Studios! They are always funny, always bold and always ask for interaction and participation from Guests in the park. Their impromptu hijinks are always fun so be on the lookout for them as you explore Hollywood Studios. 5. The March of the First Order

Watch out Star Wars fans as Captain Phasma and her Stormtroopers make their way down Hollywood Avenue toward Center Stage in front of Grauman’s Chinese Theater. Be there as this fearsome commander leads her troops in a demonstration of their strengths and abilities, and of course, “Stay alert!”

If you thought the Citizens of Hollywood troupe was quirky, visit the Muppet Theater on Grand Avenue for a special presentation of Muppet*Vision 3D. The Muppets invite Guests to visit Muppet Labs to witness their latest development in film technology, called “Muppet*Vision 3D.” Join Kermit, Miss Piggy, Fozzie, Gonzo and the entire Muppets cast for a hilarious presentation in 3D. FastPass+ times are available for this attraction but usually not necessary because the theater seats almost 600 Guests and wait times are never long. 3. Star Wars—Path of the Jedi

At Echo Lake you can step inside a small theater for a special viewing of a short film titled, “Star Wars: Path of the Jedi.” The film recounts memorable and epic moments from the Star Wars saga and retells the tale of the fall of the Jedi Order and its triumphant return. If you’re new to the Star Wars craze, you’re in luck. This short presentation will take you through the saga and get you up to speed with the entire story. Don’t miss this one!

2. Dine with an Imagineer at Hollywood Brown Derby

Are you the kind of Disney World fan who loves to know the whys and hows of the magic at the Walt Disney World Resort? Then the Dine with an Imagineer experience might become your new favorite thing to do at Hollywood Studios! Have lunch in the Bamboo Room at the Hollywood Brown Derby as you enjoy conversation with a member of the Walt Disney Imagineering team. Gain unique insight into the thought, effort and hard work that go into continually bettering the experience for Guests at Disney World. Call (407) WDW-TOUR to learn more and to book your experience!