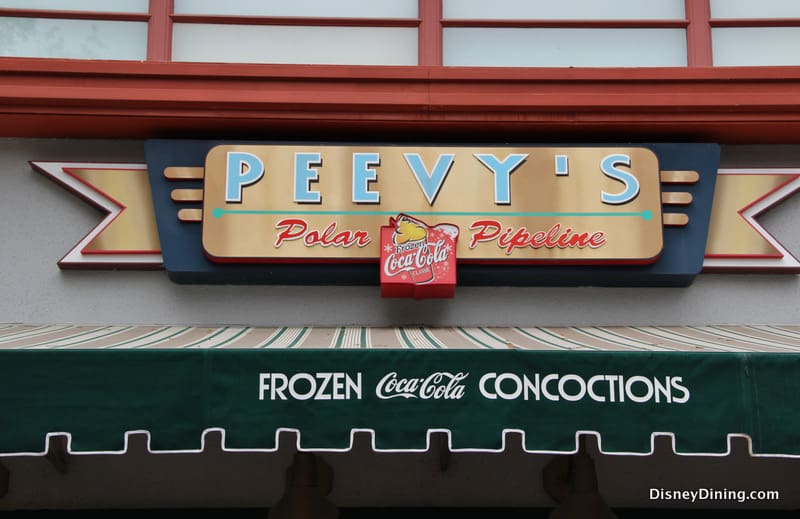 Now that Toy Story Land is open, Disney’s Hollywood Studios is enjoying a surge in popularity. What’s not to love? It’s home to two of the best thrill rides at Walt Disney World, plus there are plenty of things for families, and also for Star Wars and other movie fans. With the crowds, there are some things that you might miss. Here are ten that you will want to keep an eye out for.

Dinosaur Gertie herself isn’t really hard to miss, after all, who wouldn’t notice a giant dinosaur in the middle of Echo Lake? There’s more to Dinosaur Gertie than being a place to buy soft serve ice cream. The next time you’re there make sure you read the plaque that is to the right. You’ll learn that Gertie is a tribute to one of the pioneers of animation. Since Disney’s Hollywood Studios is supposed to be a celebration of movie making, it’s only fitting that the park is the home of a mini-museum that is dedicated to Walt Disney. Unfortunately, many people just hurry by on their way to Toy Story Land. Walt Disney Presents has over 100 years worth of history inside. It includes plenty of information on the theme parks across the world, and also on the man who started it all. Take your time and explore Walt Disney Presents the next time you’re at the park. You just might learn something fascinating.

Most people who visit Disney’s Hollywood Studios know about Fantasmic! and Star Wars: A Galactic Spectacular. What they don’t realize is that there is another nighttime show. Disney Movie Magic is a projection show that takes you through the history of cinema. It’s usually held about 20 minutes before Star Wars: A Galactic Spectacular, so it’s kind of an added bonus for those who are already waiting for the fireworks. If you’re looking for a place to relax for a little while and enjoy a cold drink, stop by Tune-In Lounge. It’s located next door to 50’s Prime Time Cafe, and the restaurant’s full menu is available. There are plenty of specialty drinks sold, both with and without alcohol. The whimsical atmosphere alone is worth a stop.

Walls at Walt Disney World are all the rage on social media right now, and Toy Story Land will not disappoint those who are into the craze. One of the most popular is the Popsicle Stick Wall, complete with stains so that you can tell what flavor the frozen treats were. There are also walls that depict various games, as well as moving box walls. If you love taking pictures in front of Walt Disney World walls, you won’t want to leave Toy Story Land. Few things taste better on a hot day than a frozen beverage, and that is what you’ll find at Peevy’s Polar Pipeline. Also known as Peevy’s Frozen Concoctions, for some reason this window is not on the Walt Disney World map or the website. It’s too bad, because they offer several flavors of frozen drinks; some with an added kick. To find Peevy’s, walk towards Dockside Diner, then turn around. Or you can walk around the building that houses Keystone Clothiers; Peevy’s Polar Pipeline is around the corner.

Muppet*Vision 3D is a classic, albeit dated, movie starring Kermit and the gang. There’s hardly ever much of a wait, and the show is a lot of fun. Before you enter the theater you’ll head into a room that resembles a backstage area. There are TV monitors, and the pre-show will be on. Most people will talk through it, which means that they’re missing out on the bad jokes and puns that the Muppets are known for. The room itself is filled with jokes, so look around as much as you are able. You’re sure to find something that will put a smile on your face.

When people talk about Toy Story Land, usually they will mention one of the two new rides. They could also say something about Woody’s Lunch Box, or the Green Army Men. One of the best parts about Toy Story Land that is not as much a topic of conversation is all the small details that guests are surrounded by. You’ll see Andy’s giant footprints, Buster’s dog tag, and so much more. There are instructions for various toys, and giant finished Cooties that somehow haven’t lost an eye. If you pay attention to the details, you’ll have glimpses of memories from your own childhood favorites. Character Palooza is a super secret meet and greet with a couple of characters from Fantasmic!. It’s so secret that Cast Members will tell you that it does not exist. The locations change, as do the characters. It usually takes place sometime after 4:00. Make sure that you have your phone or camera ready, because there are no PhotoPass Photographers at Character Palooza. Since it’s not an official meet and greet, don’t expect to find it, and don’t plan your day around it because it might not happen. If you’re lucky, you might stumble upon it when you’re at Disney’s Hollywood Studios.