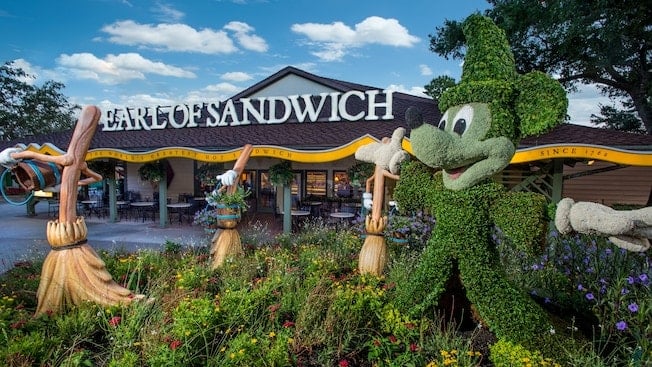 Earl of Sandwich is a nod to John Montagu, the 4th Earl of Sandwich. According to popular legend, he invented the sandwich because he wanted to have one hand free so that he wouldn’t have to stop playing cards in order to eat. At the Disney Springs restaurant you will find plenty of sandwiches that you won’t want to put down. The restaurant serves breakfast sandwiches, and then the menu changes to more traditional toasted sandwiches for lunch and dinner. The prices are lower than you’ll pay for most other sandwiches on Walt Disney World property, giving you the best bang for your buck. Be careful with the extras, though, because the sides will shoot the cost up quickly. (Photo credit: Disney)