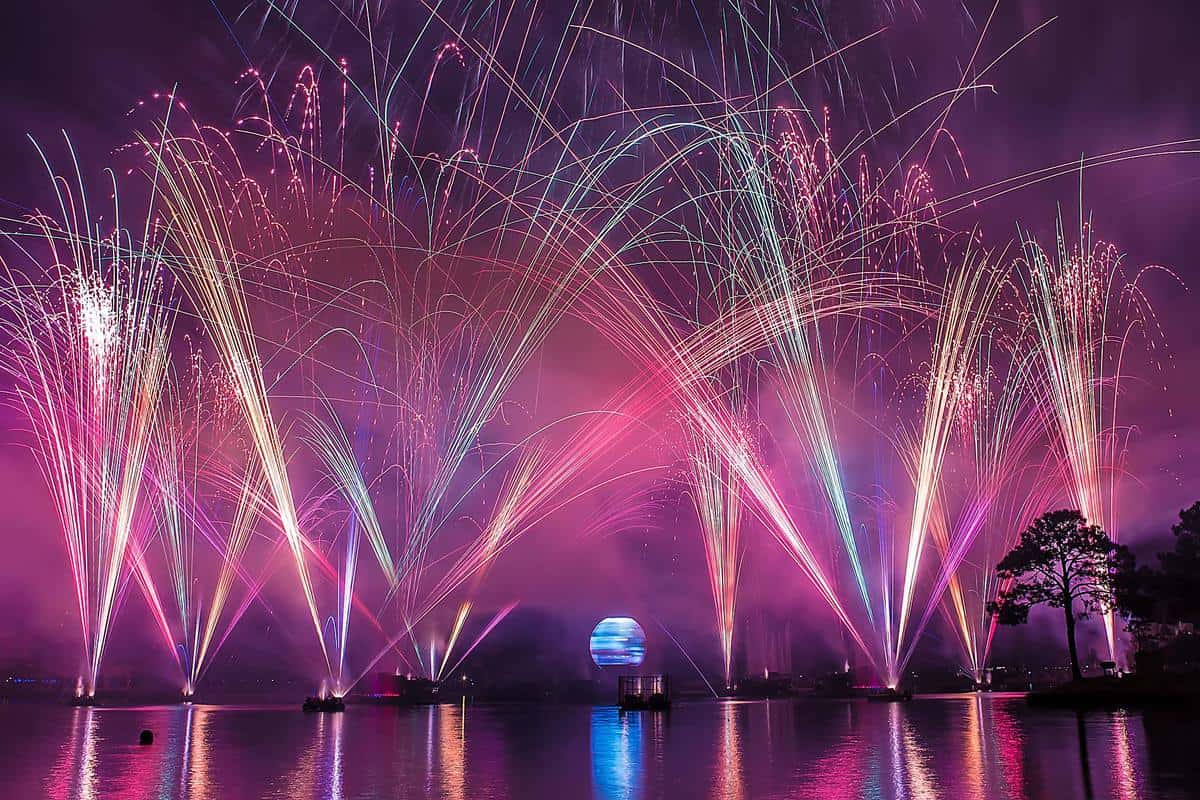 EPCOT’s nighttime spectacular—Illuminations: Reflections of Earth—takes place on the World Showcase Lagoon and lasts about 15 minutes. There are many great places from which to see the show—anywhere around the Showcase where you have a clear view of the lagoon. IllumiNations tells the story of Earth in three parts: “The Earth is Born,” “The Triumph of Life,” and “Hope for the Future.” Balls of fire are launched 60 feet in the air as the story is told, and a 350,000-pound globe is used as a video display system. (Note: The globe was the first spherical video display system in the world!) This is one of Disney’s best nighttime shows—you won’t be disappointed.