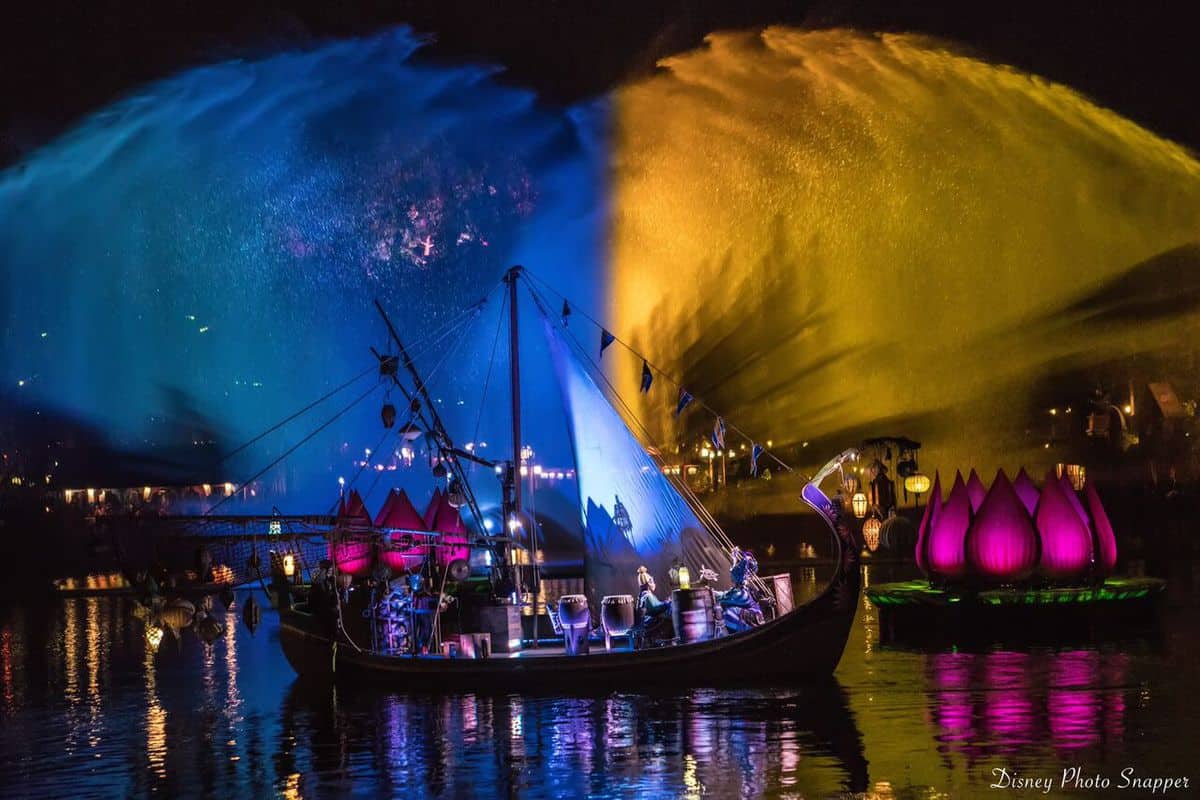 Animal Kingdom’s nighttime spectacular, Rivers of Light, celebrates the beauty found in all living things, but not on a stage. Rather the show takes place atop Discovery River at Animal Kingdom and makes use of special effects, music and animal folklore, as well as Eastern festival traditions. Exclusive footage from Disneynature is featured as well, along with lotus flowers you’ve got to see to believe! Rivers of Light is the perfect ending to a beautiful day at Animal Kingdom, so before you head out the gates, be sure to take in this spectacular nighttime show!