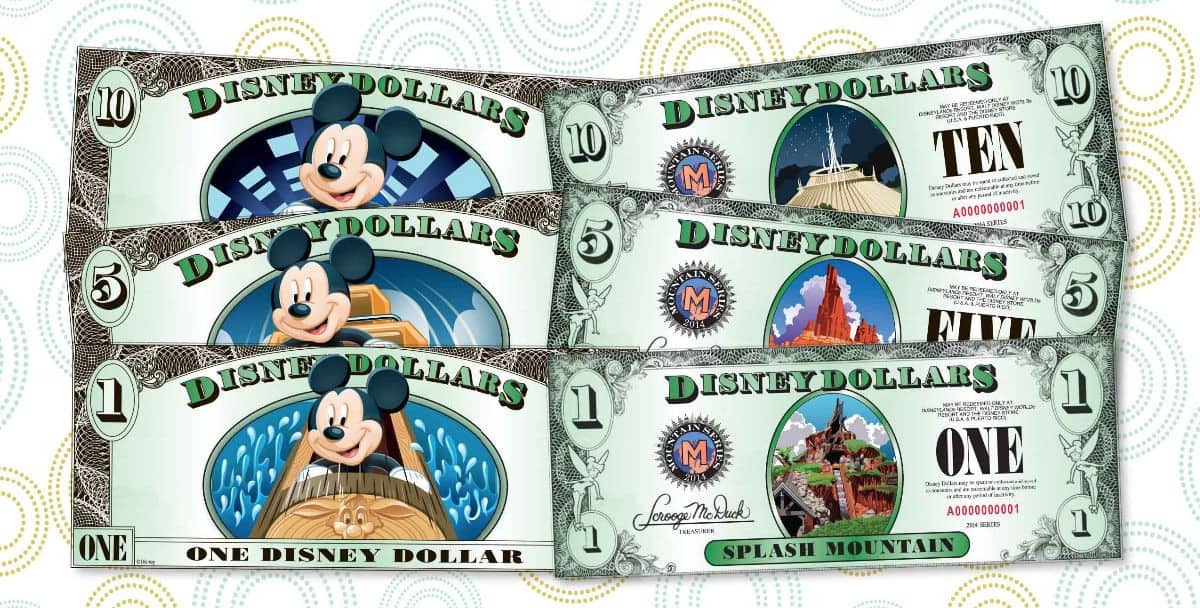 While not an attraction, the experience of purchasing Disney Dollars either as souvenirs or to use as “cash” inside the parks was exciting. Disney Dollars were first issued in May of 1987, and at that time, the only denominations available were $1 and $5 bills. In 1990, however, Disney added the $10 bill to its currency. The bills were similar in size and appearance to U. S. currency and featured Mickey, Minnie, Donald, Goofy, Pluto or one of the park icons. A series A and Series D were initially created. The A Series was for Disneyland, and the D Series was for Disney World. In 2005, Disney added a T Series, which was for bills sold at Disney Stores. Some Guests bought Disney Dollars to use on purchases they made while in the parks. Others purchased the Disney currency solely for the purpose of taking the bills home as souvenirs.

On May 14, 2016, however, Disney announced that it would no longer print or distribute the beloved Disney Dollars, but that any existing Disney currency would remain legal tender in the parks and never expire. So if you have Disney bucks burning a whole in your pocket, take heart! You can still use them in the parks, but remember that once they’re gone, they’re gone since no new dollars have been printed since 2016.