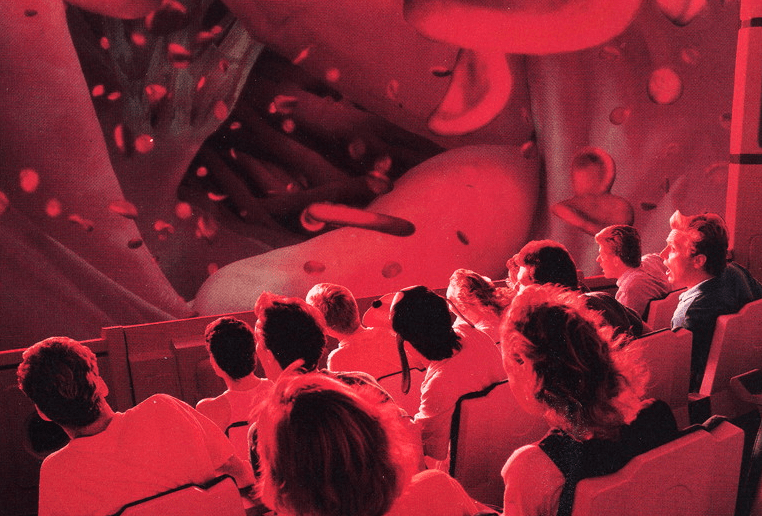 To Guests who never got to experience the attraction, surely the entire premise of Body Wars seems strange and maybe even a little disturbing. After all, Guests boarding a body probe vehicle, shrinking to microscopic size and entering under the skin of the human body does sound odd—perhaps macabre to some. But if you could overlook the initial “weirdness” and “why” of the attraction, it had some interesting things about it.

Body Wars was a 7-minute motion simulator attraction in which Guests felt as though they were actually inside the human body—viewing vessels and organs from the inside. Before Guests boarded the Bravo 229 Probe ship, they were briefed on the mission they were about to observe. It sounded simple enough—Cynthia Lair, a fictitious doctor, had an interest in the workings of white blood cells and had volunteered to be shrunk to microscopic size, enter the skin of a patient who had a splinter and witness white blood cells in action around the splinter. Guests who boarded the probe ship were called “observation team members,” and they were there to watch along with Dr. Lair. The mission ran into problems when the probe ship headed in the wrong direction and ended up passing through the lungs, heart and brain before exiting the body.

For all its oddness, it was still an interesting look at the inner workings of our bodies. What else is interesting about Body Wars? The ride film itself was directed by none other than Leonard Nimoy, and the attraction also used the same ATLAS simulation technology that we enjoy today each time we board the StarSpeeder 3000 in the Star Tours attraction at Disney’s Hollywood Studios.        (Photo credit: Theme Park Tourist)