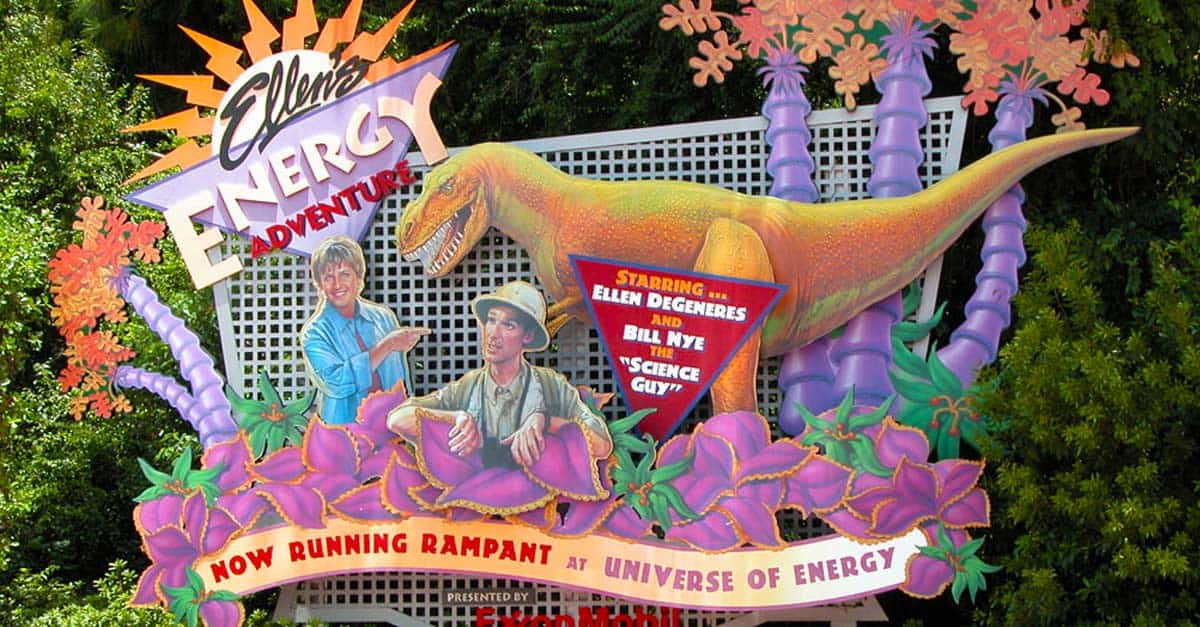 Ellen’s Energy Adventure was an attraction housed inside the Universe of Energy Pavilion on the east side of Future World at EPCOT. It opened in 1996 and starred Ellen DeGeneres and Bill Nye the Science Guy. Game show host Alex Trebek also had a part in one of the films in the attraction. Ellen’s Energy Adventure used a combination of live-action films and animatronic dinosaurs to present to Guests a light-hearted look at energy, sources of energy, how energy is produced and how it is harnessed. As attractions go, it was rather lengthy, but Guests enjoyed it, as evidenced by its long-running tenure at EPCOT (almost 21 years). Its closure was announced in 2017, and Ellen and Bill Nye took their final bows on August 13 of that year.  A new Guardians of the Galaxy attraction will be built where the Universe of Energy pavilion stood. The new attraction is said to be open to Guests in time for Disney World’s 50th anniversary in 2021. (Photo credit: Disney Fanatic)