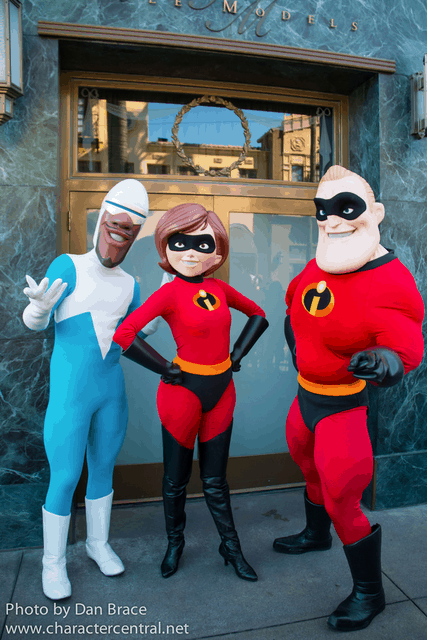 Nothing beats meeting this super-duo! Years ago, Guests could meet Mr. and Mrs. Incredible at Disney’s Hollywood Studios at what is now Star Wars Launch Bay and home to Kylo Ren, BB-8 and Chewbacca. After that, Guests were able to dance and mingle with the superhero couple, as well as their pal Frozone, at Rocket Tower Stage in Tomorrowland at Magic Kingdom at the nightly Super Dance Party. They’ve recently been on hiatus from Tomorrowland, but they will be making their victorious comeback later this spring for the “Incredibles Super Dance Party,” as part of Disney World’s “Incredible Summer” in celebration of the highly-anticipated theatrical release of Disney/PIXAR’s Incredibles 2 on June 15. Mr. and Mrs. Incredible and Frozone will soon be back to doing the Electric Slide and the Wobble with Guests, and they’ll even have costume designer Edna Mode with them for the very first time! We can’t wait to see them again! It’s been a while! (Photo credit: Character Central)

Left 11 of 11 right
Next: 10 Restaurants To Get The Most Bang For Your Buck At Walt Disney World