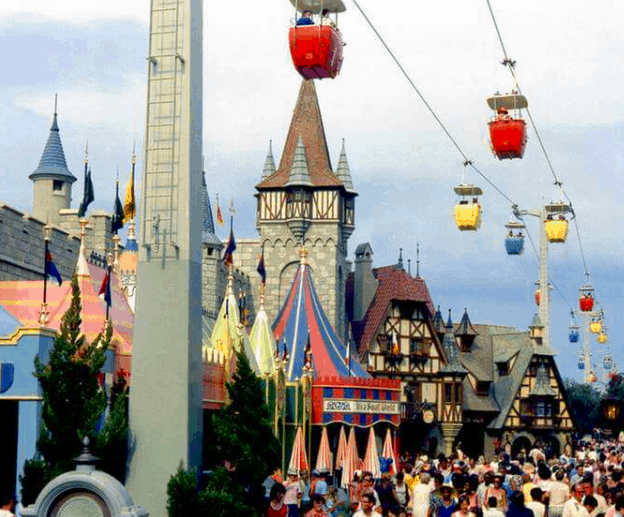 6) Skyway, Magic Kingdom (1971-1999) The Skyway was a gondola lift attraction that transported Guests from Fantasyland to Tomorrowland, and vice versa. Similar versions of the attraction were also at Disneyland and Tokyo Disneyland, but the version at Magic Kingdom was unique in its travel path. Instead of traveling in a straight line over the park, the Skyway’s track descended to an L-shape turn midway through the ride. Then it ascended again before traveling on toward its destination. It closed in 1999. Plans for another gondola-type attraction were unveiled at the 2017 D23 Expo. The new attraction will be the Disney Skyliner, and instead of transporting Guests between lands at Magic Kingdom, it will serve as a transportation system with stops at the Art of Animation Resort, Disney’s Pop Century Resort, Caribbean Beach Resort and Disney’s Hollywood Studios. (Photo credit: Pinterest)