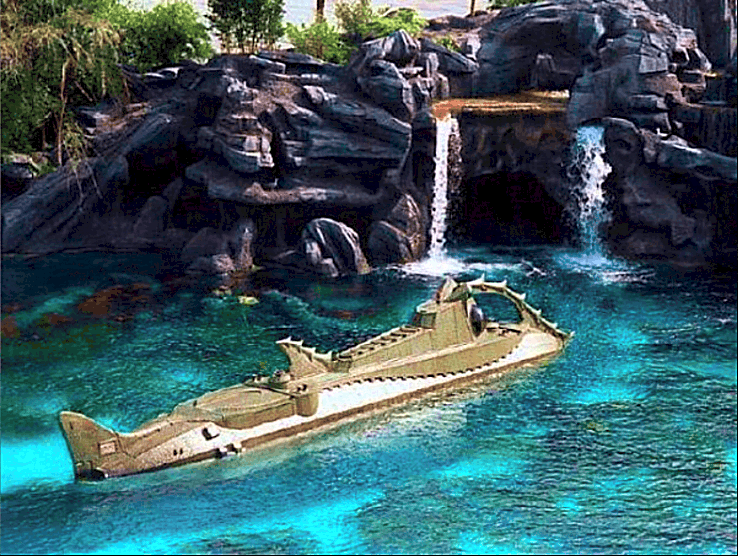 7) 20,000 Leagues Under the Sea, Magic Kingdom (1971-1994) This dynamic attraction was based on Jules Verne’s novel by the same name. It was a 10-minute long ride aboard a submarine that moved through a manmade lagoon. The lagoon itself held a staggering 11.5 million gallons of water. There were twelve submarines in the attraction’s fleet. It was one of the largest and most expensive attractions ever conceived and produced by Disney Imagineers. The attraction took up approximately 25% of Fantasyland inside Magic Kingdom. It was a costly and difficult attraction to maintain. The enormous lagoon had to be drained several times each year so that the attraction could be cleaned. Some of the submarines were leaky, and as a result, Disney “temporarily closed” the ride in 1994, only to announce two years later in 1996 that it would, in fact, not be re-opening. Ariel’s Grotto now takes up some of the space where once there was a lagoon, Captain Nemo, his submarines, several merry mermaids and even the lost City of Atlantis. (Photo credit: Pinterest)