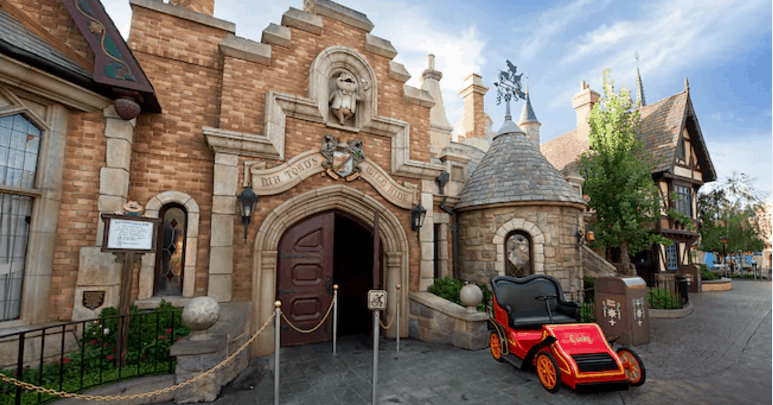 9) Mr. Toad’s Wild Ride, Magic Kingdom (1971-1998) This dark ride was based on Disney’s 1949 release of The Wind in the Willows. It was unique in that it operated on two separate tracks, which offered Guests two separate experiences within the attraction. It was a little edgy in that it depicted a trip to Hell within the ride. On October 22, 1997, The Orlando Sentinel printed a statement from the Walt Disney company regarding its plans to close the ride. The very next day, a fan campaign called, “Save the Toad” was launched. Thousands of letters and emails came in to the Disney company. Winnie the Pooh and friends were surging in popularity, and plans for a new ride featuring them were in the works. The new ride would feature more modern technology, and it would be more family-friendly (i.e, no trips to Hell in the plans). Despite fans’ pleas to save the ride, it closed forever on September 7, 1998. The Many Adventures of Winnie the Pooh attraction is now in the place where Mr. Toad’s Wild Ride once was. During the Winnie the Pooh ride, in the second scene, as Guests enter Owl’s house, a picture can be seen on the wall that depicts Mr. Toad handing a deed to Owl, paying tribute to the beloved Mr. Toad ride. (Photo credit: Disney)