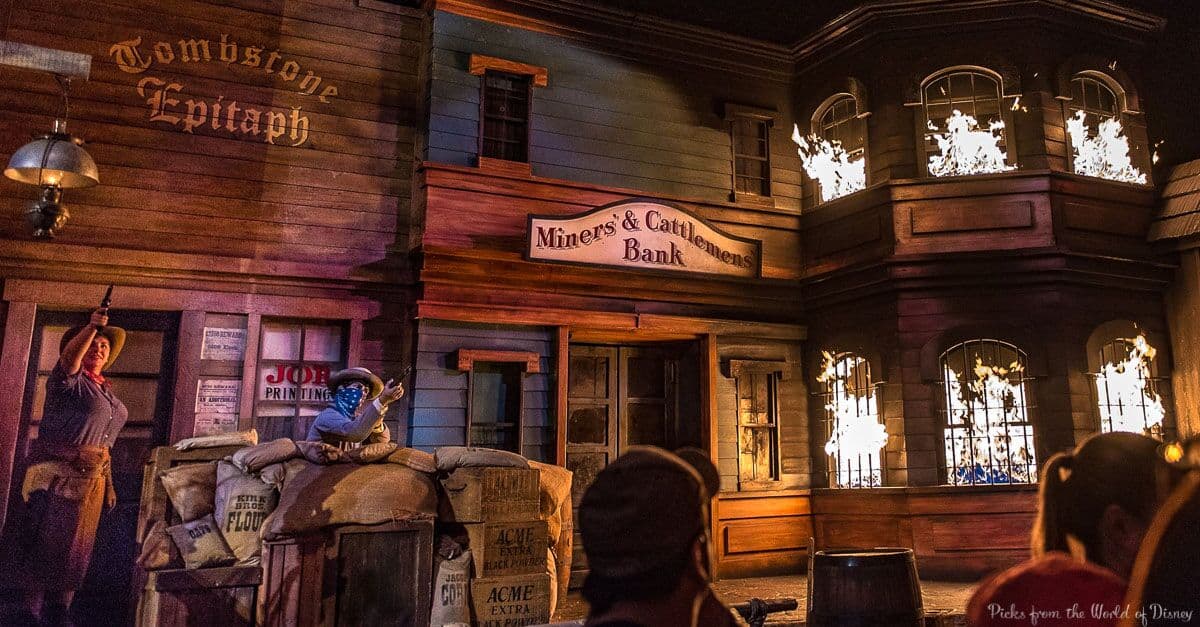 2) The Great Movie Ride, Disney’s Hollywood Studios (1989-2017) The Great Movie Ride is one of the most recently closed attractions of all four parks. It was a dark ride that took Guests through various scenes from some of the most famous films of all time. The queue began outside the Chinese Theater directly down the street from the gates to Disney’s Hollywood Studios. The ride was about 22 minutes long and used over 60 audio animatronics as part of the attraction. Films featured in the ride included The Wizard of Oz, Disney’s Fantasia, Mary Poppins, Singin’ in the Rain, The Public Enemy, Raiders of the Lost Ark and Tarzan, among others. At the end of the ride, Guests were shown a 3-minute long montage of clips from some of Hollywood’s most famous classic films of all time.