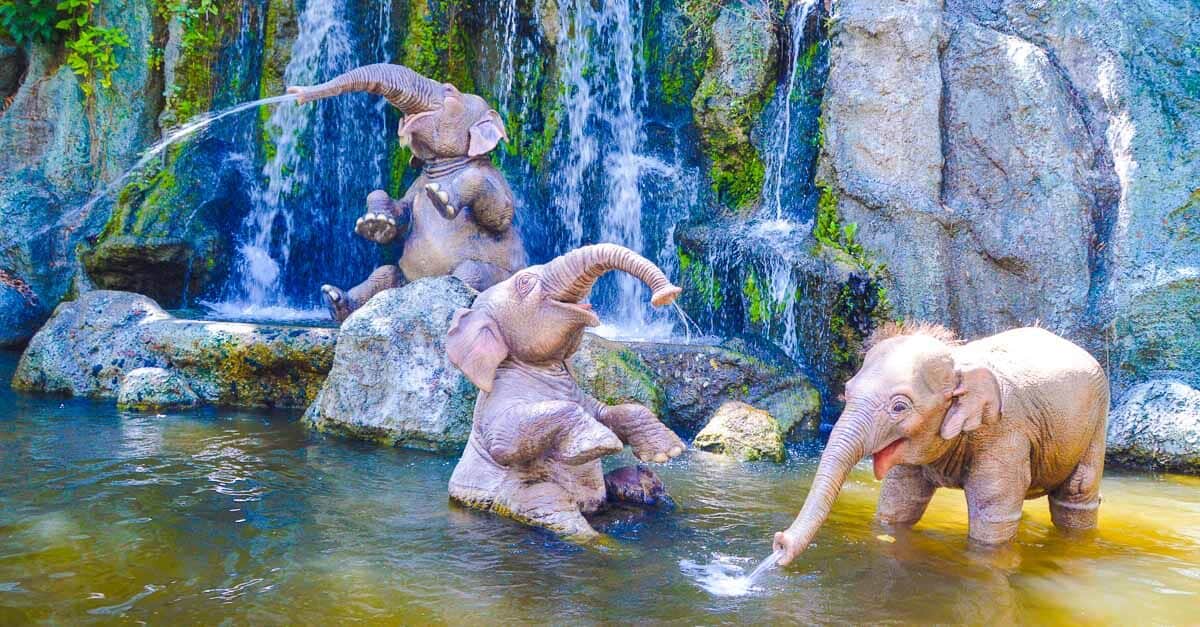 There’s no place on earth where you’ll be as excited and intrigued by seeing the backside of water like you will be at Disney World. If you’re unfamiliar with “the backside of water,” you may not yet have experienced Disney’s Jungle Cruise in Adventureland at Magic Kingdom. Board a boat inspired by the steamer in the 1952 film, The African Queen, and set out for a leisurely journey down some of the world’s biggest and most dangerous rivers, including the Nile and the Amazon. See audio-animatronic animals as they frolic in the water of the riverbanks, but beware of snakes and headhunters! The entire journey is narrated by a very “punny” skipper, who finds (or digs for) humor in just about everything. It’s quite an adventure and definitely a classic that hasn’t changed since it opened in 1971.