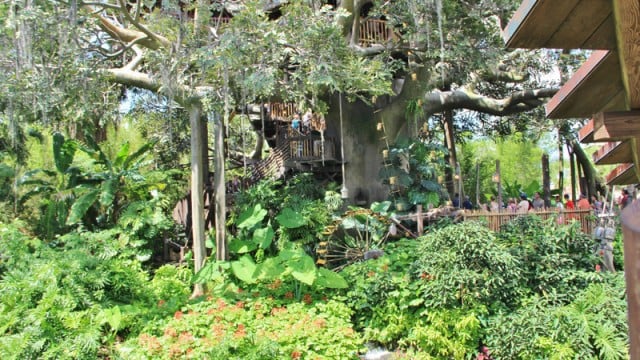 If you’ve been to Walt Disney World’s Magic Kingdom before and have never set foot in the Swiss Family Treehouse, we’re not surprised – but we do think you’re missing out!  This lesser known attraction is a fantastic larger-than-life version of the Robinsons’ famous treehouse.  You’ll climb through the treetops to explore the inventive, open air rooms of the treehouse, complete with 19th-century touches from the shipwreck and an ingenious water wheel that carries water to the rooms of the house.  To top it all off, at the top of the treehouse you’ll enjoy panoramic views of the Magic Kingdom.